Why you Should be Doing Technical Lunch Interviews

Over the years I have interviewed hundreds of people. I have tried many different styles. Whiteboard, rapid-fire questions, code-in-front-of-me or some variation of all three. What I realized is that 99% of the code written is CRUD related. If you’re looking for a lame titled developers such as a $language hacker, $uperstar code junkie, JavaScript Magician, Code DJ or my personal favorite Code Artisan then you may be aiming a little high for someone who simply writes CRUD screens.

Interview on the the things that matter.

On January 2014 I was flown down to meet them, then CIO, of a company called ChenMed for their Sr. Solutions Architect position(Whatever that means). My interviewer was Oliver Degnan and he showed me the correct way to root out talent. He brought with him Manoj Nair who was acting as some sort of technical adviser and or solutions architect. I will admit I don’t know much about these two men other then they knew their shit.

The interview took place at a BoneFish grill which I found super odd. So they flew me down, put me up in a Hotel and then only agreed to interview me, not at their office, but at a chain fish restaurant?

A week before the Interview I managed to find the ten variations of the job description that they had posted over the year they had been trying to fill multiple positions. Every variation had been written and rewritten by several ambulance chasing type technical recruiters(Notice the disdain and hyperbole expressed in a single sentence). I noticed that every variation expressed an emphasis on design patterns.

While I do know my patterns I still created a bunch of flashcards and ended up over-studying before the interview. Asp.net MVC, AJAX, and C# were already second nature to me but I still ended up adding 500ish flash cards to my daily study regimen.

Note: I still use flash cards, on the weekly, to memorize any language or concepts I am studying that month. You know…..like someone with OCD and an obsession with software development.

So let’s skip to the interview. We started with some small talk as in Smalltalk the programming language developed the year before I was born. It was at this moment I realized that the table was covered in a brown disposable paper tablecloth as this was a fish restaurant. Oliver began drawing on it to help better explain what he was trying to accomplish.

He then handed me the pen and asked me to write code to;

Every step of the way they dug into what code I was writing and why I did it this or that way. This was generally not syntax specific but generally how I would go about something and why. They also asked how each step could be done differently and in what language or software I could do it in. They ended up spending about 45 minutes pummeling me with JavaScript, AJAX and C# questions.

Only A Non-Coder would interview on exact syntax. ~Dave Grobleski

So ask yourself some questions about how you interview someone you are hiring to design, develop or code your software.

How many times have you been asked the difference between an Abstract class and interface by a technical recruiter/ philistine? Asking tired coding questions by non-coders is just silly.

You are trying to figure out which candidate..

The bottom line is that a technical lunch interview will better help you ferret out good people then your old tired conference room interview. A coder knows another coder as it takes one to know one. Conference room interviews almost seem designed to impede casual nerd-to-nerd communication. You aren’t hiring for a sales position. Sometimes interviews, as with software development, can be more like art and less like science.

Try doing 5 Technical Lunch Interviews to try to understand the real value of them and then contact me on twitter if you have any comments or questions. 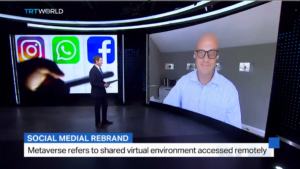 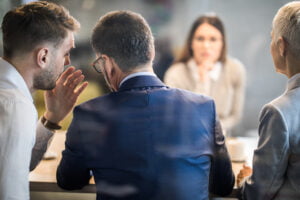 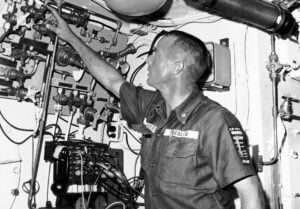